Easy to Learn, Easy to Apply

To get elite results and to get them fast you need a non-linear system: Pace is that system, and it is surprisingly easy to apply.

It’s easy to learn and internalize deceptive behaviors. But Pace can be easily applied to your life because you’re already doing it. The problem is that you’re also doing things that aren’t good.

When you identify what’s good and what’s not you can begin to cultivate Pace and minimize deception. 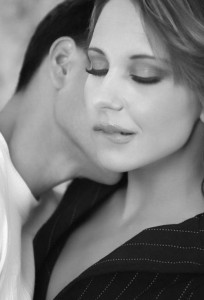 The best way to connect with a woman is to have fun. You want to laugh and smile and have a good time with her.

Having fun interactions with women is what turns them on. Fun is how people connect, and women are no exception.

Guys who are good at having fun, flirty, positive interactions naturally have a lot of women, assuming they haven’t settled down with one already.

These are the guys who tend to be very successful in other aspects of life. They know how to joke around with friends and family and they know how connect with people in the workplace.

A common trait among these men is that they know how to get the best out of people without being a jerk. Their bosses or superiors are more likely to like them and appreciate their work.

When I was in my twenties talking to women felt similar to having a panic attack. I would shake, my heart would be racing, and I wasn’t be able to think clearly.

Every guy has experienced this. I recently just read a research paper which said that men literally can’t think straight when they look at a beautiful woman. They lose it.

But guys who don’t—the rare men who are cool, fun, and calm—can joke around with women without losing it, and are therefore very successful when dating.

As soon as I noticed this I realized that when you see men with beautiful women, you can’t assume that he has something you don’t. It’s not the shirt he’s wearing. It’s not his muscles or his good looks. It’s how he thinks. It’s his mentality.

That’s why, for a man, it’s so hard to see what other guys are doing, because it’s in their mind.

It’s tough to draw parallels between 2 different guys who are good with women because they probably have very different personalities. The common denominator is hidden, because it’s cognition.

The common denominator is I:PA*CE.