It all starts in your mind.

The Pedestal Mentality is an insidious and destructive poison that we are exposed to non stop. Its subtle yet all-pervasive nature makes it all the more dangerous. 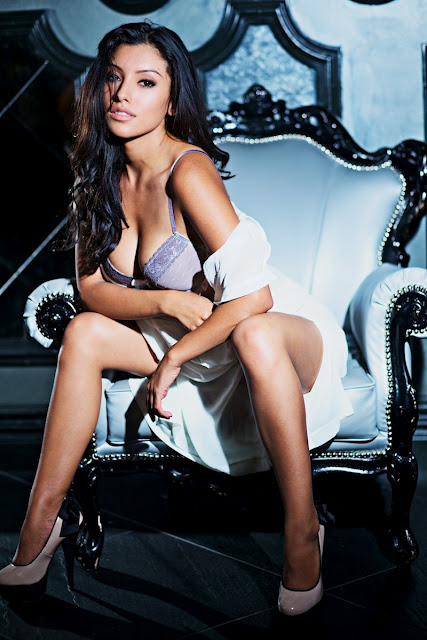 We’re constantly being exposed to it. Not only in the media but among our peers, friends and families. It’s everywhere.

It’s this idea that if a woman is attractive then she is somehow more valuable than you are.

You could be watching Spike TV which is supposedly TV programing geared towards men – for men – and yet look at the ads on that channel. It’s a bunch of guys drinking beer and this hot babe walks in and they’re all like “Oh duuuude, she’s so hot. Oh my god. What should I do?”

And then the commercial will be like one of the guys thinking of some ridiculous, clever way to impress the girl. Maybe he’ll open a beer bottle with his tongue and she’ll swoon.

Basically this message is saying:

“That good looking woman? Yeah, she’s better than you. You have to impress her or make an ass of yourself, appeasing her, so that she’ll do you the honor of talking to you. So that she’ll look down at you from her pedestal and be nice to you and maybe even grant you access to her precious vagina.“

That’s the message that we get everywhere.

Capitalistic advertising and marketing reinforces these beliefs in yours and everyone elses mind around you. They are the voices on the radio and on TV telling you how much she loves the new diamond ring her fiancé just bought her.

These voices imply that the only way you’re going to get laid, the only way women are going to like you, is if you buy This Deodorant, own That Car, have This Haircut, and look like That Buff Guy. Anything that’s trying to sell you something using attractive women leaning against it, or caressing the guy after he uses it, is reinforcing that women are more valuable than you.

The idea that women, just because they’re pretty, makes them higher than you and you must appease them so that they give you the favor of having sex with you. This is the message that men are bombarded with all fucking day, 24/7.

It’s harmful to women because of what it does to men. Do you think that a woman wants to be surrounded with a bunch of pussies who think that she’s better than them?

Do you think that women want to date a guy who puts her above himself? Do they want to date a guy who lowers himself and thinks he doesn’t deserve her and is constantly calling her, texting her, checking up on her, making sure she’s not sleeping with some other cooler, more rich, more handsome guy with a better car or a better fucking martini glass?

Women don’t want guys to be like that. They don’t want you to put them on a pedestal because it makes you act like a little bitch.

A woman doesn’t want to sleep with a guy who is weak and who doesn’t feel he deserves her.

So, let’s think about how this applies in a real world situation. Specifically what happens?

You see a woman. She’s attractive. That doesn’t mean she’s more valuable. That simply means she has a nice face, has nice features, and you might be interested in having sex with her unless she’s a complete weirdo. If she’s cool enough, you’ll go for it.

That’s all it means.

But what ends up happening is you see the girl and you get the pedestal mentality. You put her on a pedestal in your mind.

That’s the only place the pedestal exists. You put her on the pedestal and then you put too much thought into what you’re going to say – in a subtle unconscious effort to impress her.

You’re frantically thinking about what to say, and there’s a voice in your head running through all these scenarios:

“Oh man, she probably has a boyfriend”

“I don’t stand a chance with her, just look at her.”

You make her way too important to you. So you put a lot of pressure on yourself to say something cool.

If anyone has ever asked you on the spot to say something cool or funny or interesting, it’s almost impossible. It’s a lot of pressure. Yet you’re saying this to yourself – impress her! do something cool! You’re creating this unachievable goal in your mind.

You’re also already in the posture of appeasing her even though you haven’t interacted with her yet. Your brain is using energy to formulate ways to impress her

So, you’re putting work into a woman who hasn’t earned it. She didn’t earn those looks.