Pace sidesteps the need for beliefs. Pace teachesallows you how to think, rather than how to act. Pace is how a person who likes themselves thinks. 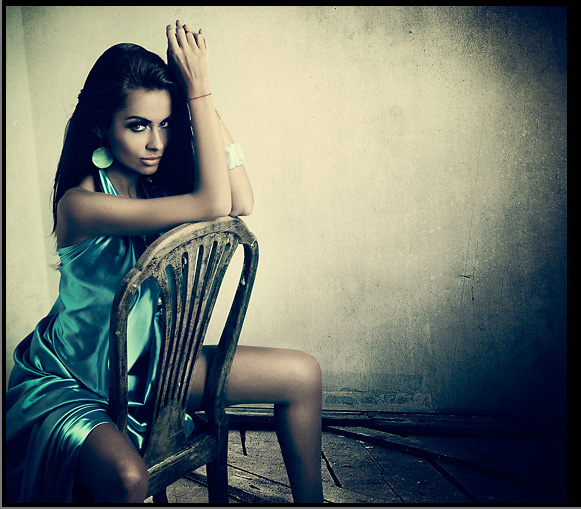 I’m basically taking the frame of mind of a confident guy and giving it to you. I’m adapting the lens that he sees reality through and offering it to you through Pace, in a package that is both easy to digest and simple to implement.

You get better at Pace as you apply it. Continued use will cement it as a habit over time.

As you use Pace, people will respond positively to you, and you will develop powerful beliefs. That’s the tipping point where it is no longer conscious. You just walk up to a woman, expect her to respond to you, and she will.

When you don’t incorporate Pace, you’ll see that you’re getting negative feedback. You’ll see that people won’t like you as much. Women will lose interest fast.

Those situations will then discourage you from putting yourself out there. To avoid this you have to forgo the use of deception.

So developing Pace is a twofold process. You have to get rid of the bad stuff while cultivating the good. Pace aligns your focus and your beliefs. Both of which will form as you continue to use it.

Change is so difficult for people because their behaviors don’t align with their beliefs. That’s why Pace is such a revelation because it makes change easy by keeping the feedback loops where they’re supposed to be.

Once you learn it, it sticks with you for the rest of your life. You’ll never have to worry about getting out of practice or “rusty” with women.

In the past year, because I was building up my business, I spent a lot of time alone and wasn’t talking to or meeting any women.

As soon as I was back in the real world and around women again I wasn’t rusty. I just went up to first attractive woman I saw and it went really well.

In fact, the first real approach I did, after maybe 6 months of not meeting women, wound up with me stealing her from another guy.

She was the hottest girl in the club, and she was already in a conversation with some other guy. I went up and just took her from him. We talked to for like 30 minutes and hung out a couple days later.

Imagine trying to play a basketball game with a blindfold that you can barely see through on. Like a thin white tablecloth that blurs your visionon. You can make out shapes and figures, but you can’t really be your best because you only have a fraction of the full picture. Once you take the blindfold off you’re instantly going to be a million times better. Whereas if you were trying to play in a basketball game with a blindfold on the entire time, you wouldn’t even be able to get started. You’d never be able to improve because you don’t have the clarity required.

Pace opens your eyes. You become privy to a reality that has always been in front of you.

It’s like when Neo finally sees the Matrix. Pace allows you to see the Matrix, and seeing it empowers you.

If you can’t see reality, you can’t operate at your best. You’re playing a game that doesn’t exist.

Pace opens your eyes to reality and possibility. That’s what reality is, essentially. It’s pure possibility.

When you’re talking to a woman, you’re seeing a possibility for yourself.

So even if you don’t do the exercises that I give you. Even if you don’t go out and practice it diligently, although it might take you longer, just understanding Pace will make you better with people and especially with women.

Just listening to the program alone will make you better with women.

You don’t even have to leave your house. The next time you have to talk to women the conversation will go a bit better. They will be a little bit more turned on by you.

How fast you accelerate depends on you, but improvement is constant with Pace. It allows you to see possibilities. That’s how to escalate quickly with women. By seeing possibilities.

When I was younger, before I discovered Pace, I would be talking to women and I’d be thinking things like Should I kiss her now? I wonder if I could take her home? No probably not. She seems like she’s a good girl.

Women would do little things to try and make themselves available for me to talk to them, and I wouldn’t see it.

Then when I started asking myself “what can I do now?” I’d think I wonder if I could get away with that right now, let me try it.

My big realization was that I had been missing a lot of opportunities to move forward.

Pace gives you the vision to see when a woman is interested in you. They will give you more signals, more queues, more opportunities to get physical with them.

By using Pace in your thought process, you’ll succeed in inspiring more sexual attraction in women. Women will be more sexually interested in you than ever before.