Into The Thick Of It 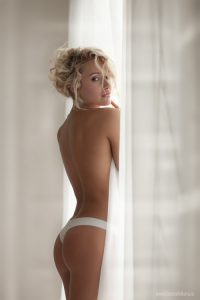 Imagine going on a trek through an expansive, wild forest with a bunch of trails in it. the sort that even Army Rangers have to train for. You’ve never been there before or maybe it’s your first time hiking. You’re going to need a guide, right?

The nature center provides you a guide.

You’re on the edge of the forest. All winding trails, thick with trees, plenty of unknown hazards. There might be bears and mountain lions and all kinds of crazy shit in there – and you’ve been assigned a guide.

Now, as you go into the woods, the guide asks “So what do you think we should do?”. If he asked you this, you would be scared shitless, and would not want to go into the forest with this guy.

You’d be angry at the guide for being such a clueless idiot. Because he’s presenting himself as a guide, that’s the leadership role he has and yet he is not doing what he was supposed to do.

He’s asking you to lead when that’s his job!

The second analogy, I want you to think about women and why you are attracted to a woman right off the bat…

What makes a man attractive to a woman is his personality.

What makes a woman attractive to a man – at least initially – is her body.

So if a woman is not that physically attractive, that’s how it is with a guy having a shitty personality. He is the weak forest guide.

Think about it. This woman who is not attractive physically, she comes up to you and she says “Hey, please have sex with me. I know you’re better than me, and I’ll do anything to impress you so that you’ll have sex with me.”

Are you going to want to have sex with that girl just because she begged you?

Life is like a forest that requires a guide. You and this woman are stepping into a forest, this crazy world, and YOU need to be her guide.