I:PA*CE Makes You A Leader

I:PA*CE makes other men like and respect you. Now, this is important in two ways. 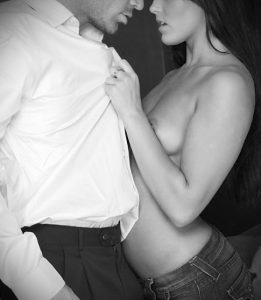 Firstly, the name of the site is “Go Beyond Dating” so I expect that you’re going to be using a lot of this information in other aspects of your life.

A lot of my students tell me “I do I:PA*CE at work and just got promoted” or “My boss likes me a lot more” or “I was able to lead this team project much better using I:PA*CE”.

I:PA*CE is leadership. It’s how a leader thinks.

All these archetypal figures that we look at as “real men” are really just leaders. At your best you’re a leader, and I:PA*CE is how to think as a leader. If you think like a leader, very rapidly, you become one.

Secondly, you’ll notice women being much more interested in you. You’ll notice that when women observe you interacting with other people, especially other men, they will be turned on by you.

I’ve noticed this personally. When I’m out by myself I don’t really get any looks from women. I’ll have to approach her myself without knowing if she’s noticed me or not.

But when I’m out with my buddies and we’re laughing and joking, I’ll notice women glancing at me.

The reason they notice me is because I’m demonstrating leadership. I’m embodying I:PA*CE with my friends.

Women observe this and they see the respect and appreciation that I’m getting from these other men. And she thinks to herself, He’s the leader. The other men respect him.

That’s a more common way that men actually get women interested in them. By being in a position of authority that commands respect from other men.

I personally advocate approaching women that you don’t know, and that have never seen you before.

But you’ll also notice that women that you do know, are women that are able to observe you interacting with other men, who will become very interested in you as a result and will make that interest obvious.

My students have experienced this, they tell me things like: “Since I’ve started doing I:PA*CE, there’s this really cute girl in the office that’s been talking to me a lot more and asking me about my weekend plans.”

That’s going to happen naturally when you start using I:PA*CE. One of the biggest problems guys have is not knowing what to say to women. I:PA*CE makes conversation a breeze.

(New bullet) Goes beyond status and value (if you’re loner/new/broke/shorter etc). * if you’re sick of trying to “display ‘Alpha Male’ characteristics, than this is for you

Makes other men like and respect you (women see this and men get out of your way).