When you approach women, you are offering yourself. You are not trying to get sex from her. 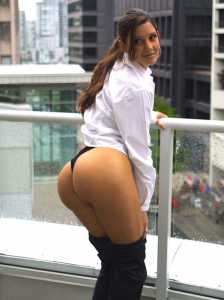 You are offering a gift to her.

You don’t give it all away at first. You give it in increments to reward her for her efforts. The problem with this is that most guys don’t believe that they have anything to offer.

So, no matter what the technique, the whole point of it is not that it’s the right thing to say to girls. It’s based on a frame of you, the man, being the prize, being someone offering something of value to a woman.

You could generate a huge list of every single technique and witty opener out there, but that’s a lot to remember and it wouldn’t really be very useful on it’s own. Instead, I say, develop yourself. Develop your mental habit.

Develop your lifestyle so that you don’t have to think about framing yourself as the prize. You’ll actually feel like it.

I actually feel like I’m living the life. I really do. I look at my life, my job, my friends, my relationships; I look at myself, my intelligence, my know-how, especially when it comes to women, and how much more I understand women than the average guy, and I think–I’m a fucking catch. I really do.

In fact, my biggest problem is finding women that I feel actually deserve a significant amount of my time. I end up cutting a lot of women off.

Without the right knowledge it’s very hard to get to this level. You have to think about and understand women.

Women communicate on more subtle levels than you’re probably used to. When you walk up to a woman and talk to her, you might be using clever lines and getting a laugh from her, but your non-verbal language, your paralanguage, your eyes, your voice, how fast you’re talking, and the way you’re standing is all sending a different message to her.

If you send a different message, they’ll believe that too.

The most effective technique I’ve found is simply keeping a journal, and on a daily basis, trying to change my mental habits to be more positive, more conducive to my goals.

Besides the journal, another thing that’s helped me is physically changing my life; doing concrete things that I’m proud of.

For example, for a while in my mid-twenties I was living at home. It was a problem. I didn’t feel confident.

I’d approach a woman, and in the back of my mind there’d be this sense of shame or embarrassment. This feeling of not being worthy plagued me. I set about moving out, and I moved in with a roommate, which was great for a while.

After a while, I said to myself I’m getting a little older. It’s time to get my own place.  I realized that living with a roommate was hurting my confidence.

The fact is, moving was one of the hardest things I’d ever done. It was extremely stressful. But, when it was done I felt great. I actually felt really confident. I felt like I was on. Now I actually live a life and have the kind of place that a woman would want to come and hang out at, and she would want to be part of my life.

Now, there’s a balance between how obsessed you get with status and achieving material wealth, and how much is really necessary. There is a difference between overcompensating and living a life that you are satisfied with and proud of.

Don’t build castles in the sky, build your life up like a castle on the ground, brick by brick. Start with a solid foundation.

The old traditional way, the man sucking up to the woman and feeling inadequate and trying to appease her so that she’ll do him the honor of having sex with him – we’re flipping that completely. Your sex is a gift, and she feels lucky to have met you.

First, you must feel like a catch. After that, it’s all fine tuning, retraining yourself from old mental habits.