Go For Your Goals

You definitely want to be goal oriented. You know, all this nonsense you hear about pickup and being good with women, just have fun. “Go out and have fun and you’ll get laid.” 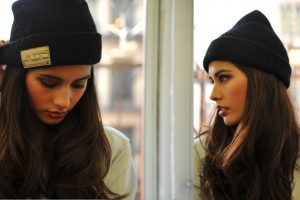 Bullshit. I get more done when I’m focused. It’s good to have a goal. It’s good to go up to a women and be thinking “I want her number” or “I want to fuck this girl.”

It’s fine, you just gotta be able to do it. And that’s the thing with most guys, they don’t know what they’re doing. They have this goal but then they don’t know how to achieve it. That creates this crazy anxiety in them and they can’t function.

If you’ve got a goal and you know you have that ability to get there, it shows. Having a goal is very good with a woman. My goal every time is like “I’m going to get her alone with my dick out and get her sucking me off.”

Like that’s pretty much my goal with every single woman I meet. And that’s why it happens with every single girl that I hang out with. Because it’s my goal. So you want to have that focus but you need to get over that other shit first of being warm without worrying about yourself.

Being able to be honest and self-effacing. Internalizing the idea that it’s not about being smooth, it’s about being real. Then getting to the point where you’re relaxed and you have situational awareness.

For example if you’re talking to a girl in the subway you can say “Look the train’s coming. I wish I could talk to you but the train’s cutting us off. I’ll call you later, we can talk more.”

Having that awareness because you’re relaxed, you’re paying attention. When you’re relaxed you’re able to notice things. Ultimately what we’re aiming for is you being congruent with yourself. So you can approach women in an awkward situation, when you’re not ready, and still have the ability to make it happen.