(She wants sex, not through deception, through trust)

Keeps you in the prize position. *10 (persist through her anxiety – her fear is not a pedestal)

You want to be in the prize position. You want to appear as a sexual prize. 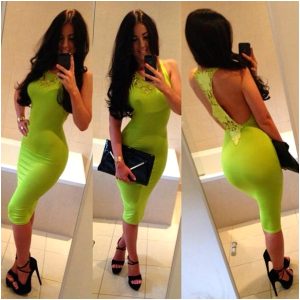 Of course, she’ a prize too. You’re both gifts to each other. Being the sexual prize doesn’t mean that you’re better than her.

Guys undermine their own value by trying to get sex from women. It’s as if the woman has all the value in the interaction.

She has the sex and the man is trying to work hard to get it from her.

Well, that’s wrong. Women want to feel like they’re sleeping with a man they earned. That they inspired and nurtured.

Women want to feel like the dick they’re getting is valuable. If someone gives you a prize for no reason, you don’t value the prize. But when you earn it, it’s value has increased in your eyes.

If the woman feels like she’s made you laugh and gained your interest with her personality, then you move forward sexually.

The sexual interest has value to her, and that makes you look like a sexual prize rather than a sexual beggar, which is how a lot of guys come across.

They’re desperate and trying to get sex from the woman rather than giving sex to her because they like her and appreciate her as a woman and as a person.

I:PA*CE handles both. That’s why I say it shows you how to be physical but also how to have a conversation.

I:PA*CE is also verbal. One of the really important things to understand with women is that women like sex and they like men.

They want to meet a man and become physical with him. But they want the connection to be mental and physical.

That’s where the friend zone appears. The guy pretends like he’s not interested in her body, and that he only likes her mind. This comes off very asexual.

He doesn’t have any sexual spark. Then you have other guys, who are just purely interested in her body. An obnoxious guy hitting on her in a bar, not really talking to her as a human being.

He’s just trying to recite lines and when she responds he’s looking down at her tits.

What you have to do is appreciate her mind and her body. With I:PA*CE this comes naturally.

I:PA*CE is a way to be very sexual in conversation without coming off sleazy, needy, or desperate.

I’m very sexual with women. I talk about sex with women all the time.

For me, it’s weird to not talk about sex with a woman I want to have sex with. It just doesn’t make any sense to me.

I:PA*CE creates that sexual spark with women, because you’re able to talk about sex in a way that resonates with women and turns them on.

A perfect example of this is my website, Go Beyond Dating. I show women that website before I’ve even slept with them.

I’ll text them a link to the website and they’ll go to it and be more interested in sleeping with me because I’m teaching men how to turn women on. That turns women on.

I’ll have my guys – my students – use articles I’ve written as conversation topics with women.

I wrote this article called “Sex and Surrender.” I had several women that I knew read that and they texted me saying things like, “That made me wet reading that, that’s really hot. I wish more guys thought like you.”

Then I had my students bring up this article and say to girls, “Hey, I read this strange article called ‘Sex and Surrender’ by this guy named Brian. It was really interesting. He was talking about how for a woman to really enjoy sex she needs to feel like she surrenders and is letting go. What do you think about that?”