If you want to be successful at something – you just have to keep going. Even if you have a bad day. 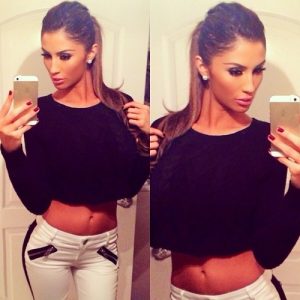 Paul “The Truth” Pierce is a clutch player. He’s an amazing jumper. He can score from anywhere on the court. Doc Rivers calls him a professional scorer. He has an awful game against Miami. Nothing’s going right for him and he shouts for the ball with a few seconds left and takes a cross court shot. His team is down by two at this point, they need this three to win, and he gets it.

Now he had one of the worst games of the season for himself. He was like 1 for 17 or something like that. This guy has had a ton of good games and in this particular situation he was having a shitty game. He took 17 shots and he only made one of them.

But he still, at the end of the game, called for the ball and took that shot. That’s why Paul Pierce is successful. That right there, in a nutshell, is why that guy is in the NBA. It’s how he thinks. That’s the secret to success.

The whole point of that is to drop your need to impress people and be cool and let go of your ego and instead totally focus on the woman.

Not just a thought but actually feel what it’s like to let go of what people think of you. This is an exercise that will do that. You don’t have to sit under the Bodhi Tree for 40 days. You can do exercises to become totally comfortable with not caring about what people think of you and instead focus on what you like about them.

That’s what approaching is about.

Remember, what’s gonna make you good at this particular skill – which will make your life better, will raise your level of satisfaction and happiness with your life – is continuing to practice the mindsets regardless of outcome.

You’re not just another guy hitting on her now.

You’re only going to be able to do that when you can relax. Now, how are you going to get to that point when you’re not relaxed? Let me put it another way.

First, don’t think about how you look to her. That’s not something that even enters your head. If it does then you do your best to let it go. It’s not important.

The second thing that’s gonna make that work is the fuel that drives every interaction with a woman – and that’s love or appreciation. You can be awkward, it can be a weird moment. She can be getting off the subway, she can be with her family. If you’re bringing love (and that’s appreciation basically) you can make it work.

And third, be okay with not getting a number. You have to be comfortable with that. You’ve done it so many times where it didn’t work out that it doesn’t matter any more. And so, you’re relaxed.

There’s going to be all this shit that arises in the moment. You gotta be able to improvise and adapt to it. That comes from being relaxed.

The most important time to practice these mindsets is when you’re frustrated and you’re having a bad day. The good day, okay cool, everything’s falling in your lap – great, but how have you grown because of that?