Be Your Own Man

We’re talking about purpose and what purpose really means and how you want to align or streamline the man you want to be and fit women into that so it’s all aligned. 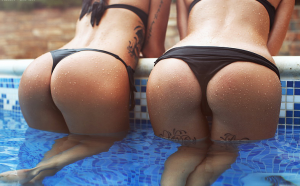 It’s going out, it’s figuring out ways to talk to girls. Like how to have conversations with women. How to act with women. Even the clothes you wear to go out in. They’re different from how you would normally dress if you’re just hanging out.

The problem is guys have their lifestyle and they’re fitting women into or around it that rather than having a lifestyle inclusive of women.

It’s been said to me time and again that I should concentrate on finding a way for guys to achieve this while they are still working a lot. They say they don’t have time to do all the exercises and read and absorb all the material.

And so everything I do is pointing in that direction. These are serious guys that have real goals that are not trying to make picking up girls the centre of their lives. So we’re talking about purpose and understanding what you value.

A lot of it is just about efficiency and about making your life easier, more streamlined, more efficient, so that you can get those elite results with women without having to spend a ton of straining mentally or going out.

You know what I mean. You’re going about your day and then you’re at a bar and there’s this girl you want to talk to. Immediately it’s like this whole new train of thought.

You’re trying to figure her out.

“Does she have a boyfriend? Who’s she with? What’s her mood? Is she approachable? Is she pretty enough?”

That’s something that I think about. I have to make sure that she’s at least a girl that I’m going to be really passionate about. So you’re instantly running through all these other questions. Fitting that into the big picture is really important.

Stepping back and saying “Okay, what kind of man am I becoming?”