The Three Aspects of Awareness (How fear can fuck you up)

“Embrace” is a woman’s sexual nature—like “thrust” is yours—and “brace” is the counterpart to embrace. 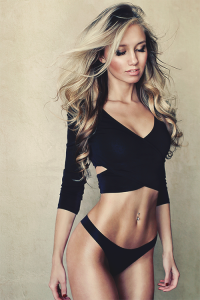 Explaining Embrace is like is like trying to explain what makes a man. You could talk for days on end, but what you’re really doing is trying to use words to explain an experience.

A good way to think about embrace is to see it from three different perspectives.

It’s almost like it’s an invisible shape or an invisible cloud. So the way to see it is to shine light on it from different angles. It’s something that is beyond words.

You can’t really see embrace, it’s not tangible. It’s her nature, it’s her energy. It’s who she is at her core.

To have awareness of this invisible essence, I found that it is useful to break it down into three elements. I always use the rule of three, because three is as a self-supporting structure, and it’s the most basic polygon.

She also wants to nurture. She needs to feel like she contributes something to the relationship, and to the man in her life.

So one of the most powerful things you can say to a woman is “I need your help.”

Very few men ever discover this, and there’s a lot of potential for manipulation once they do. But I found in my personal life, allowing women to contribute is a great way to engage her romantically and sexually.

Women like it when men use their bodies for enjoyment. To take your pleasure from her. As a man you need to release, you need to have an orgasm and relax.

Knowing that she’s a means for you to do that is very exciting for her. She feels like a woman when she pleasures you.

So when you’re inside of her, fucking her, whisper in her ear “you turn me on so much, you’re such a sexy woman,” as you’re thrusting your cock up into her.

Try it next time you sleep with a woman. You’ll see that she will moan, scratch your back, and pull you closer because you’re giving the moment meaning.

You’re verbalizing that she has inspired you, she nurtures you, she surrenders to you.

By verbalizing that, you basically make the act a means for her to feel like the woman she wants to be.

The idea is that you both feel like your true selves when you’re together. And your true self is your best self.

The man you want to be is who you really are. It’s the same with her. The woman she wants to be is who she really is.

It’s fear that gets in the way. We deceive ourselves into thinking we’re not enough, and then we deceive others.

That’s how I:PA*CE – by eliminating deception – naturally elicits that feeling of being your true self and allowing her to feel that as well.

So when you have sex it’s a part of that process of revealing yourselves to each other.

If you can do this, she’s going to be fully satisfied sexually and at no point will you need to make false promises about the relationship.

Women will be extremely devoted to you, and you don’t have pretend to be her boyfriend just so that you can fuck her. Be honest about what you want, and she will respect that honesty.

She may even throw a hissy fit here and there but ultimately, she will respect you for being honest.

She feels safer with me than she does with the guy who takes her out to dinner and pretends that he wants to be her boyfriend.

First of all, she can probably feel that. Not to mention, ten other guys have done that in the past. Once they fucked her, they stopped talking to her after five dinner dates.

I personally don’t understand it. Just go get a prostitute. Women have all experienced the pump and dump. The hit it and quit it. They’ve experienced it so many times before they meet you.

So you think you’re this hero coming in and you’re buying her dinner. That’s really the quickest way to trigger her suspicion and her paranoia, because she has seen it before.

Even if your intentions are good. She’s seen guys do the same thing, and their intentions were not good. So immediately she associates you with all the other guys who bought her dinner, only to fuck her and never call her back.

It triggers her suspicions, and it should, because if someone just came up to me and wanted to buy me dinner I’d be thinking what’s the agenda here?

They know what the agenda is: sex.

Of course, there’s nothing wrong with trying to get laid. It only becomes a problem when you try to pretend that that’s not what you want.

What you want is to buy her dinner because you like her so much. Be who you are. If you’re sexual, be that guy openly.

But also connect with her emotionally and make her feel like the woman she wants to be. Women feel nervous around nice guys because it’s hard to know what they want. They feel comfortable and safe with men who are very openly sexual, because they are open about it.