Women are very flexible and pliable in terms of their personalities. That’s not to say that a woman doesn’t have a real personality. We all have different sides of ourselves, and women are able to shift gears a lot more easily than guys are. 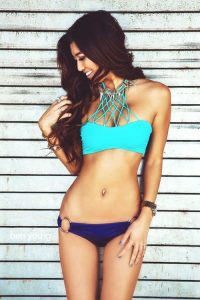 If you’ve ever been with a woman who is in a bad mood and, instead of talking to her about what’s putting her in that bad mood, you immediately bring up something funny, something positive that happened to you, you’ll see that it can affect her quite easily, and her mood will change to reflect yours. She’ll lose her previous train of thought.

As a man, you’re more constant, more consistent; your personality and your thoughts permeate through time. You use logic, which is basically a long term planning strategy, and logic overrides your short-term intelligence brain.

There are two sides in your mind. One deals with logic, long-term planning, and rewards, and in men, that seems to be more substantial than short-term intelligence.

The only reason all this stuff works, and why it’s actually necessary that you do it, is because women are looking to contribute, and to support, and help you.

Her strategy is based on being supportive or contributive. That means that she is ready to be able to shift gears to support and to help you. Basically, she can supplement whatever you are, or whatever you need.

As a man the person I am to my mom, to my friends, to girls that I’m dating, or to a stranger on the street is very consistent. But you will actually see women altering their personalities depending on who they are with.

That’s not to say they change who they are, but they will accentuate or diminish the character traits that they show to people.

A girl can be really rude to one person, maybe another girl that’s she’s jealous of, and then immediately switch gears and be really nice to another girl who she doesn’t feel threatened by.

A girl can be a really, really nice, a really sweet daddy’s girl to her dad and parents, and then the next second be really wild, and sexually promiscuous if she’s with a group of guys who are wild, bad boys.

What you have to understand is that you’re always shaping.

Shaping really comes down to what you expect from others, and as a man, how you believe women should treat you.

If a girl gives me something that I don’t like, I will show her that through contrast.

If I approach a girl and she’s just cold and not really talking that much or seeming like she’s not all that interested, I’ll say, “It seems like you’re in a kind of serious mood right now.”

At that point, when you’re comfortable with people, you will be able to relax and be a silly dork. If she’s been really quiet. I’ll say, “You take a while to warm up to people you just met. But I bet you’re the kind of person that just has a lot to say about a lot of different things and sometimes you don’t know when it’s ok to really tell people how you feel and share your opinions.”

I already had in mind ahead of time what kind of behavior I want from women. If she showed it to me, I instantly capitalize on it, and I approve of it. If she shows me something else, I instantly know how to contrast that.

If women are having a hard time opening up or feeling comfortable, that’s about her emotions on the inside. It’s about how she feels. That’s not something that you can explicitly tell her to change right now. Instead, what you should do is tell her that she gives you that emotion. This is a really powerful way of making you the prize in the interaction.

Shaping isn’t about changing a woman’s personality. She already has a set, very deep, dynamic personality that was there before you came along. Within that personality, she has many sides, many different emotions, and many different character traits that she can show.

You want to encourage the side of her that you want her to show towards you. It doesn’t have to be super specific. In fact, if you were able to fully shape someone one hundred percent, it would be very boring. You’d have a lot of relationships with the same person over and over.

I like it when a woman is like no other girl I’ve ever met. I encourage that, and I like that. The uniqueness in itself is something I shape for. That’s something I want, and i’m sure it’s something you want too.