( I was missing opps, girls would laugh then look at me like wtf, or eye code their friends, then get bored while I was chatting away. SHE WANTS TO INS! Stealing girls from Mystery Method guys in SD, SF, and London. Girls saying “stop trying so hard, don’t be corny, nice try” 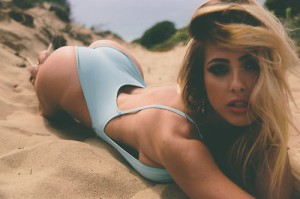 Goes beyond rules and dogma/methodology. * following scripts & playing by the rules. hack the system, whether dating or the general world you choose to live in. if sub-bullet-pointed and BACKED UP by a little hint of HOW SS instills this in its listeners, this would be a 10

Everyone is following scripts, pretending it’s not a script. The only way to escape is to make YOUR OWN SCRIPT. I:PA*CE GETS YOU THERE.

(Show image of pua with equals sign of dweeb with flowers. Associate them both with attraction seduction game pickup. Hack the system.)

No need for phases or scripts or lines. No checklist, no hypnosis. You don’t “trick her into being turned on – know what she resonates with sexually, and BE SEXY. If RJ just got in shape, dressed like an adult and had actual hobbies and didn’t want to trick people, women would like him anyway. Same with Mystery Method.)

The attraction phase never starts or stops, it is always happening and evolving.

The same goes for Rapport. Rapport and attraction are intrinsically linked.

Phases are linear. This kind of chronological approach to interacting with women is okay if you’re an absolute beginner and need some training wheels, but it can only take you so far.

To get elite results; to be at that advanced level where you don’t have to think about things like these phases anymore? That’s where you want to be, and that’s where i’m going to take you.

You’re having the sex life that you want. You’re meeting the kind of women you want.

You don’t have to think about it or plan it out anymore. You can just focus on your career, your passion, and your hobbies. That’s what I want for you.

And until you’re getting those elite results, you’re not going to be satisfied.

Because you’re reading this I know that’s the kind of guy you are. You have high standards for yourself.

I want you to get elite results fast, and if you doing linear phases or chronological structure with women, you’re absolutely not going to be getting the results you want.

You’re going to be spending a lot of time and energy sticking to your script rather than improvising.

When you’re stuck in this linear process, you don’t have awareness of the person in front of you because you’re planning out what you’re going to say next.

You’re also not aware of opportunities to escalate.

Back in Chicago, in the area I lived in there were a lot of alley’s small areas of refuge away from the busy streets. A lot of little semi-private nooks.

So I would go to bars and my whole focus was to take the girl out of the bar into like the alley or into a doorway or down some stairs nearby and have fun.

I would do this all the time. The reason I was able to do this was because I was looking for opportunities to do it.

I would get the vibe off the girl that if I took this her hand right now and said, “Let’s do something crazy.” and I pulled her out into the alley, she would be into it.

I had that awareness.

I constantly see other guys try and do these pickup methods where they’re chasing this structured interaction.

In their mind, they have to get through this phase and that phase before they can move on to the next. The whole time this guy is trying to get through all his steps, and I’m looking at the woman and she likes this guy!

She’s kinda confused as to why he’s talking so much or why he’s doing and saying all these strange things.

He could probably just get her number and leave or he could see if she wants to go home with him.

Or he could probably take her to a private place.

He’s trying to get through these steps when he doesn’t have to. He’s following a bad script.

Another reason I don’t believe in the linear structure is because I’ve found there are times when it is beneficial to tease a woman or flirt with her, purely based on her personality and what i’ve quickly learned about her.

And Women are all different. Some women need to feel comfortable and relaxed first and then you start to tease her and flirt with her and get her excited.

Now, if you’re stuck in your linear structure, you won’t be able to adapt to women who are like that.

In other words, there’s a lot of women you just won’t be able to connect with. So it limits you rather than creates options. I:PA*CE is a non-linear system.