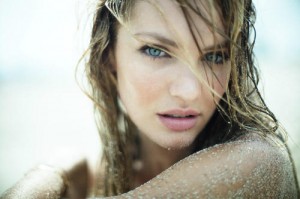 Instead, know what you want, and see if she’s aligned with that.

I’ll say to women I meet, “I just don’t think that it’s worth the effort, being dishonest with people. Speak your mind, be yourself and if other people don’t like you, good. I want to find that out fast so I don’t have to waste my time developing a relationship or a friendship based on a false foundation. I don’t want to waste my time. I only want to be around people that I’d really click with, that I feel like we can really communicate with honestly. I think it’s important to be honest with people right off the bat.”

Then I’ll see what she says, and I’m taking the lead in terms of values.

That’s going to shape her.

I’ll also say things like, “It’s good to speak your mind and tell people what’s really bothering you or what you really want because people aren’t mind readers. Humans are so complex and the only way we have to understand each other is through language and by communicating.”

Being very communicative and saying what I’m thinking and feeling is a big deal, and this will shape her to adapt to that.

Also, now she knows that I am not a guy she can play manipulative games with, or sit there and refuse to tell me what’s wrong. She knows she can’t string me along and make me baby her and ask what’s wrong.

We’ve all heard about a really attractive woman who has a guy friend, or an older dude who’s been chasing her and buying her things, paying her phone bills, and just generally doting over her. She won’t just come out and tell him that it’s never going to happen; that he can continue to pay her phone bill if he wants, but she’s just not attracted to him. She doesn’t say that because she likes playing the games. She likes giving him the rewards and stringing the guy along.

To combat this I’ll let the girl know right away that she’s not going to do that with me. I don’t stand for that shit.

This may be a dramatic example, but it goes to show that you’ve got to know what you stand for. Be clear about it and let her know.

If you’re having trouble talking to girls, just talk about who you are. The whole point of it is for you guys to get to know each other and become close to each other physically and emotionally, and that requires that she gets to know you and you get to know her.

If you do this with a level of clarity about who you are and what you want, she is very likely to adapt and feel massively attracted to you.