Eliminates anxiety – you have more fun and don’t have a panic attack. ** 9 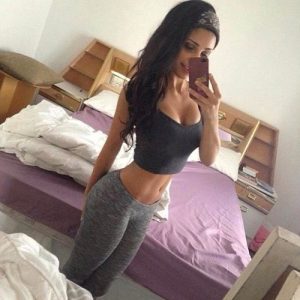 I:PA*CE leads to positive interactions. You have fun with people.

Think about times when you were talking with your best friend. You were just joking around having a great time.

You were doing I:PA*CE at that time but you didn’t even know it. That’s the interesting thing about I:PA*CE and that’s why it’s so easy to learn.

Keeps you in the zone with beautiful women. ***…”by keeping your mind “on track” 7

– I’m better with hot girls bc my passion isn’t a problem it helps now. Like nerves befroe a big game for a pro versus rookie

I:PA*CE keeps you the zone with beautiful women.

Most guys, when they see a woman they’re not attracted to, it’s not a big deal, they don’t get that nervous.

It’s with the woman that you really want that makes you nervous.

The problem is if you’re really nervous, you don’t have awareness. you miss opportunities because your mind has gone crazy.

You’re also not being your best self. You’re not relaxed and expressing yourself authentically with passion.

You’re going to be censored and worried about what you’re saying. And when you’re nervous, you come off weird.

Woman are very sensitive to this.

So even though she might think you’re a nice, good looking guy, if you’re coming off very nervous she’s going to be uncomfortable.

This is typically when women say: “Okay I have to get going.” or “I have to get back to my friends.” Or her and a friend have to make a random trip to the bathroom.

What if seeing a beautiful woman, instead of making you nervous, actually put you in the zone?

If you’ve ever experience being in the zone, it’s like you are relaxed but powerful.

Your mind is working perfectly, all cylinders are firing. You just felt like you could see things before they happened.

So you had energy but you were calm, you were aware, you were in the moment.

Not only were you in the moment, you could almost anticipate what was going to happen next. Your focus was right there in the present and it stayed there for a long time.

And that’s when you perform at your best.

So what if seeing a beautiful woman actually triggered that in you instead of nervousness?

There’s no way to sugar coat it, you’ll always feel some degree of nerves because you want to make a good impression. It’s only natural, it’s not a bad thing, though.

You can get to the point where, sure you have a little nerves just like an elite athlete before the start of a big game.

Every elite athlete’s going be nervous. Even Michael Jordan has some nerves before a game, but he would use those nerves to enter the zone. That state of calm mental clarity once the game started.

And that’s something I experience, my guys experience. You see the woman, you feel a little nervous.

It’s not like before where you were terrified. You get a little flutter in your stomach – just a little bit. It doesn’t stop you.

You go up to the woman and you’re just operating at an elite level. You’re in the zone, once you get started.

That’s very different from what most guys experience with woman especially the women they really want.

I:PA*CE demotes anxiety and promotes your true authentic self.