Have you ever heard a woman say that they like a man who knows what he wants? 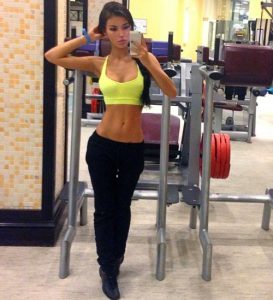 This is really the foundation of confidence. It’s not expecting a good result and thinking you’re the man. It’s about knowing who you are what your rules for life are.

This indirectly gives her a guide as to how to act. You can talk about past girlfriends as long as you don’t go on and on with how in love you were with this girl and that you are still thinking about her.

Instead, you say it casually, that you used to date this girl. You dated for a while. You liked each other but there were some things that you had problems with. One thing you really liked about her was that she was always very nice, very nurturing. She had a very motherly thought, and she would cook, and give you massages that just made you feel that. You loved that, and it made you want to return the favor tenfold.

You are saying what you like, and you’re also implying that there’s going to be a big reward if she does that.

Likewise, you can talk about people you don’t like to the same effect.

One thing I can’t stand is when I’m having a conversation with someone and they’re just waiting for their turn to talk instead of actually listening to me. I found that, when I’m talking, I’m not really learning anything, but when other people talk and I listen, that’s when I learn things.

My best friends all really listen to each other and aren’t just sitting there waiting for what we’re going to say next. Telling her about my friends in this way. That’s precedence.

Appreciation is when you’re talking to a woman, and she does something you like, so you reward her and use it as a reason to escalate. This escalation can be touching her, it can be qualifying her by getting her phone number, or verbally just letting her know you like her, she seems really laid back or you really like her sense of humor.

You’re showing her what she’s doing is a good thing, and you reward it.

You don’t have to be terribly efficient, or word it perfectly. In fact, it’s better that you look like you’re guessing, or that you’re kind of pondering the possibility that she’s a different way, which is showing her appreciation potential.