It is very possible to escalate too fast, or try to do too much at once. 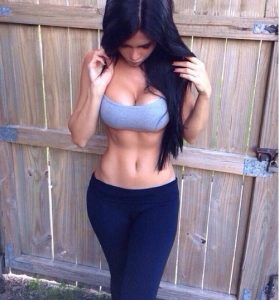 One obvious example is when a guy goes up to a woman and tries to get her number within like three seconds. In this case, you’re actually rewarding her just because she looks cute.

You’re willing to give up your time just based on her looks. That’s the message she’s getting. It’s what pretty much every guys does, and it sucks.

I should also say that a lot of times women will put up with a really shitty escalation because the standards are just so low. Most guys just really suck at this. So, a lot of times the girl will give the guy the benefit of the doubt, depending on how available she is at that time.

Be careful with the amount and the timing. If you ask for her number too soon, you want more than she’s earned. This says that you are less valuable than she is, and she should act like a princess towards you. She should treat you like a lowly peasant.

With your paralanguage, the same thing applies. It’s fine to be a little nervous right off the bat. I usually am. I’m almost always nervous because I only approach women that are beautiful enough to give me that level of butterflies. If I can’t calm down within ten to twenty seconds then that can become a problem. It can worm it’s way into your interactions with her.

Being too nervous sends the same message; that you’re scared of her, that she’s more valuable than you are.