Think about where you’re weak. Think about what you’re not doing. Your values define you, but so does your fear. Your fear corrals you. 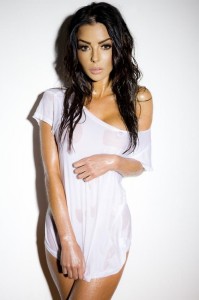 Think about a herd of cows. They get corralled very easily. They’re not aware, they’re told where to go and they just do it coz they’re big dumb animals. Well, in the same way, your life is being corralled by your fear. The circumstances in your life are there because you are acquiescing to your fear.

If your most pressing fear is loneliness, then let me suggest something that may help you.

Maybe it would help for you to be alone on purpose. Take a day or two where you are absolutely alone with no distractions. No TV, no phone, no human interaction, nothing. And get okay with being by yourself – or with yourself.

We say ‘by yourself’ as if it’s like you’re all alone. You’re this singularity amidst an infinite abyss. That’s this horrifying idea, that’s why death scares the shit out of people. Well, what I found helps me out a lot is being friends with myself and being okay with myself.

A lot of times I will joke around with myself. If I’m having a negative thought or something that’s getting me down, I’ll actually tease myself about it.

I’ll say “Yeah Brian, it’s the end of the world, man. You know what, fuck it, just jump off a bridge.” I’ll be really sarcastic with myself and joke around.

It’s almost like we have two selves. We have our true self and then we have this little mind. This little worried monkey in our head. You’ve got to control that monkey.

Something else that helps me is meditating. Go out there on your own and think to yourself yeah, I’m alone. I’m by myself today and that’s okay. Don’t think about anything else, just be in this moment right now and breathe slowly and consciously.

Just by saying that, it kind of helps me relax and then I actually will have less thoughts. You’ll still have thoughts pop up in your head but you’ll be able to focus a lot more and step back and watch my thoughts instead of getting engaged in them and controlling them or consciously thinking of new thoughts. It’s almost like I’m watching the stream instead of following it.

I’ll say “Okay Brian, this is scary but we gotta pay attention. Stay alert, look around you. Okay, let’s go over here now.”

That happened a couple times when I was in New York when I felt like I was being followed. My own stupid ass coming home from the bar at 4am in Bed-Stuy. I would talk myself through things “Okay, let’s go over here. Okay, cross the street. Okay, looks like everything’s good.”

It’s almost like I have a buddy with me. I have some special ops guy that’s right next to me. But also back in the day when I would go out by myself, dead-sober and approach women – and that was really terrifying for me – I would coach myself through it.

I’d say “Okay, this is going to suck but it’s more important that you get this experience. You gotta do it sometime otherwise you might as well just resign yourself to being alone for the rest of your life. You gotta do this, so let’s go”

This can be reassuring. When I get down on myself, I say “Brian, it’s okay. You’re a human being. You are trying, you are doing your best to get through and sometimes you don’t make the best choices but you make the decision that you think you need to at that moment. You’re really too hard on yourself buddy.”

The way to conquer loneliness is not by fighting it but by accepting it and becoming comfortable being with yourself. It’s just you and that’s okay. You’re friends with yourself.

These exercises definitely help with fear of loneliness. Spending a significant amount of time where you’re not kind of by yourself but you’re totally alone and figuring out how to get comfortable with that is crucial.