There’s this myth with guys that when a woman shapes you, they try to give you approval that you should not respond to. They think you should act like it’s no big deal. This is only half true. 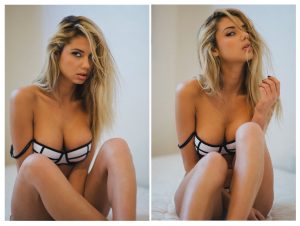 However, when she gives you approval on something that you really value in yourself and sees something about you that you believe is part of your personality, be appreciative. For example, if a woman likes how honest I am, I will be very appreciative of that, and I will definitely show her that I like that she saw that in me. I’m shaping her to appreciate me for the right reasons.

It’s two different kinds of energies that interact; man says he wants her, and woman says she wants him to want her. The order goes with the woman saying first, I want you to want me and the man responds with I want you.

If she dances, she’s dancing to make you want her, and then you respond in kind. That’s where you escalate; you take more of an interest, show appreciation. That encourages her dance all the more, and makes that dance much better. That’s the dynamic that you want with women, and you will see that the more you do this, the better your response is, and the better your relationships are.

The less you do this, the more out of control you’ll feel in your relationships, and the more problems you’ll have with women.

Coach her to dance for you, and then reward her, and be paying attention to where she fits in your life, keeping in mind what standards you have, what values you have, what you expect from people, and constantly communicating this to others, so that they know how to treat you.