A big thing that I’ve done is remind myself of experiences that support the new belief I want. So I’ll remember them by writing them down. 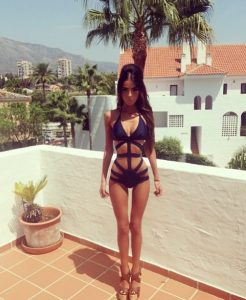 I made a list of every single good thing women had said to me about sex.

Everything from, “I love your cock.” To “We have awesome sex.”

It was a limited amount of experiences that I’d had but I would remember those experiences and remind myself of that.

So I started to change my belief. However, I still had habits. Behavioral habits that I was doing. There were still these neural pathways that had etched deep into my brain.

For instance, I use this note-taking software on my phone now, and what i’ve found is that every time I had an idea, I would reach for a pen and paper.

I would pat my pockets frantically searching for my notepad, forgetting about the awesome new software I had at my disposal. Over time I had to consciously pick up my phone and hit the note taking icon and record a note verbally.

I knew this new note-taking software was better, but I was still instinctively grasping for my pen and paper. I had the right belief but I still had this old physical habit.

So it can go in 2 directions where there’s a lag between beliefs and behavior. The problem with the lag is it can lead to negative feedback.

It’s something that people don’t think about. But there’s going to be incongruence there. It’s the number one thing women are looking for. They are screening for authenticity.

It triggers her deception radar. What your saying is different than what you really believe.

That might not actually be true, it might just be that there’s a lag between your beliefs and your behavior.

You might be saying something that’s good. That would typically be charming or interesting to women, but your beliefs don’t back it up.

So she feels weird around you. Now she’s going to respond in a negative way.

Now you’re going to get the unconscious feedback loop. Your brain is going to make the connection that that wasn’t a good thing to say. Even though it might have been.

If you were talking about something you’re passionate about. Maybe you love to draw.

And you’re talking about your love of drawing. But you might have this belief in your head that women don’t like you, or women don’t think your artistic interests are cool.

So you’re focused on drawing but there’s going to be a little bit of an incongruence there. She’s not going to know exactly where the incongruence comes from but you’re just going to look a little off or strange when you’re talking about how much you love drawing.

There’s a lot of conclusions she can draw, but fundamentally she just feels a little nervous because you’re inconsistent. And that gave you a negative reaction.

It starts a negative feedback loop that talking about your passion for drawing is a bad thing. Well it’s not. You were just inconsistent because of your beliefs.

That’s kind of why I developed I:PA*CE. So that I can actually think that I’m pretty awesome.

I can have these beliefs that I’m a catch. Believe that I’m good in bed and good with women.

If I was to approach with that kind of player smirk because it’s something I did for so long.

The player smirk looks like it’s coming from a belief of trying to tell her what you she wants to hear so that she’ll sleep with me.

When really my belief is she would be lucky to sleep with me and so I’m giving her a chance here.

I’m coming from a powerful place but my outward behavior doesn’t match up.

And so I’m going to get negative feedback from her. She’s going to be turned off because of my movements and my facial expressions.

And what that’s going to do is create a negative feedback loop where I start to doubt my own beliefs. These new beliefs I’m trying to form.

These new beliefs that I have about being good in bed or that women like me. Those will start to actually get negatively reinforced, and those beliefs might start to diminish.

I might start to have the feeling that women don’t like me. And so these beliefs that I’m trying to form are hindered.

I:PA*CE keeps you congruent so it naturally leads to empowering beliefs because it will create a positive feedback loop.