Be Aware and Protect Her (Protection garners respect)

Keeps you aware of the situation – adapt/creative, speed. 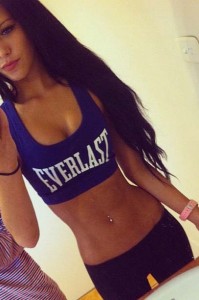 – My awareness is most important – skills for convo, plus beliefs, the rest is all logistics and social dynamics

One part of I:PA*CE is protection.

Respect for a man triggers arousal in women

That’s why the prize thing is so important. She has to respect you.

A lot of guys undermine a woman’s respect for them right away by running game. Then they’re just not an option anymore.

There are three triggers that turn women on. Safety is the second one and anticipation is the third. But unlike regular techniques, there’s no defined course of action.

You’re always doing all three. I:PA*CE gives you that awareness of where she’s at.

Does she feel safe with you? Does she respect you? Is she anticipating sex with you?

It also keeps you aware of the environment around you.

When I’m with women, especially really beautiful women, they get stared at a lot. Guys stare at them in really creepy ways because they want to fuck them.

So they’re looking at this girl like they want to rape her, but they don’t say anything. And that’s what makes it so creepy.

The world is a scary place when it comes to men with beautiful women. And that’s what you’re here for, right?

So when you’re with a woman who’s really beautiful, she needs to feels safe with you.

I’ve found the best way to trigger that is not by being all lovey dovey and romantic with her. I can actually trigger that much more powerfully by looking around the environment, using my hands to guide and move her.

By always having a plan or a direction for where we’re going. Basically, I’m a leader. I’m in charge of the situation.

I know the logistics and I’m protective of her body. If someone’s passing by, I move her over and pull her a little bit closer.

This is so powerful and something that guys really don’t appreciate the value of when they’re interacting with women.

A lot of the stuff that I do, I know is good because women have told me this.

They’re so focused on getting sex from the woman rather than protecting her. I’m not saying you should be a “white knight” and lay your coat down for the girl. That’s not really protection.

Protection is, basically, when a woman is with me – she’s safe.