Women don’t typically think about random fantasies with random people. If a man sees an attractive girl walking by a lot of times later he’s at work thinking about her, and he gets turned on. He doesn’t even know this girl, has never talked to her, but he’s still turned on by her. 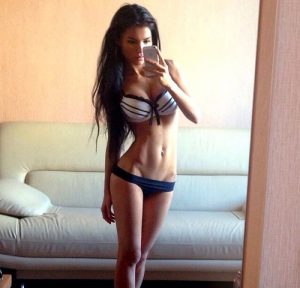 Women think about guys that they know, or characters from movies or books; men that they’re familiar with, that they feel a sense of connection with. They will think about those guys.

If they’re seeing a guy, they’ll consciously direct their fantasies so that the fantasies are about him.

What that told me is not that I’m some awesome stud, but that women tend to fantasize about guys they know, guys they have experiences with already, guys they’re familiar with.

We’re floating in this idea that it’s the man’s job to perform. In reality, it is pretty fucking easy to make a woman feel good in bed, because they’re just so sensitive; they’re so sexual by nature.

They’re very intelligent, and they’re more in tune with their bodies. As a man you feel the sensation mostly in your genitals, mostly in your dick. For a woman, she feels it throughout her whole body. She feels the pleasure touch her whole body. It’s like waves of energy. That sensation that you feel in your dick? Imagine that going through your whole body – that’s a woman’s experience with sex, so it’s a really powerful thing.

Maybe this is surprising to you, but it’s true.  They really, fucking like it. You’ve got to acknowledge that.

Secondly, you also have to admit that you like sex, even if you haven’t had it yet. You get turned on, and you’re a sexual person. You have to be really honest with yourself. If you have a strict religious upbringing, or you were caught with a girl when you were younger, or were caught jerking off and got in a lot of trouble for it and repressed that side of yourself, you have to work on opening up to that side of yourself and really acknowledging that you are a sexual being, and liking you’re sexuality. You’ve got to love your dick. You’ve got to love your body. You’ve got to look at yourself and see yourself as a fuck machine, and as a sexual guy.

You have to remind yourself of that thinking as a mental habit, thinking about yourself as an object of sex.