Developing these values and life skills is like learning a new sport. 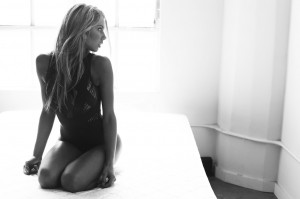 There are skills you can get better at, and when you first start the game can seem overwhelming. You’re in the middle of the field with the ball bouncing around all these people. It’s just chaos and you can’t make any sense of it. Over time you figure out where to direct your attention.

Approaching is different from sports in the sense that it’s not physically stressful. At least it definitely shouldn’t be. But the mental aspect is very similar. Especially when you’re first getting started.

The other thing when meeting women is that it’s not like you’re doing high school sports and then you move up to the pros and the pros are a million times harder.

The skill that you actually need to get the woman that you want is pretty similar to being one of the top three guys at a neighbourhood court in a pickup game. It’s the equivalent of being one of the starters on a varsity sports team.

It’s the same level of thought that goes into it but it’s not like you have to be flawless. What women are looking for is your mindset. That’s why we focus on mindset when we’re dealing with women. Because they’re trying to figure out what your mindset is.

I call them focalities. These focalities make up a mindset of leadership. When you’re focusing on these focalities (I call them I:PA*CE) without letting deception get in there, it let’s her know that you’re a leader and so she respects you. She feels safe with you and anticipates good things sexually with you.

What makes a man good in bed is being able to take the lead, and a part of leading is learning about the person you’re dealing with and helping them feel good.

When you see the woman that sets you on the right track you want to be using I:PA*CE. That governs your moment to moment thought.

If you’re looking for a long term partner, you should definitely focus on finding someone that you have chemistry with. And that’s going to mean that you don’t place so much value on every person.

It’s almost counterintuitive. Your instinct tells you to focus and treat every girl as if she could be the one, but that attitude only hinders you.

If you are looking for the one, you want to treat every woman as if it’s not that big a deal; like you don’t care if you impress her. You’re just feeling her out, testing the waters. You’re just seeing if there’s chemistry. It’s a much less intense, less outcome dependent mindset.

If it is a big deal that you make it happen with one particular girl you see on the train, for example, that’s going to take a lot out of you. You’re going to get tired and you’re going to get worn out. In fact, you might get tired before you even talk to her.

If instead, it’s easy to approach her and approach other women, then you can approach a lot of women because it’s sustainable now. You’re not exerting so much energy and getting so stressed out. It doesn’t matter what your goals are.

In other words, if you like the girl, if you like her personality, you don’t screw it up. You do things that actually get her excited and make her want to spend time with you as well.

Now that doesn’t mean that you’d go in and bombard her with questions. It’s not like an interview where you just bombard the person with questions. You have the same sort of interaction you’d have with anybody; with questions and statements, but what you’re paying attention to is whether or not you like what you see.

So the whole time in the back of your mind, you should be reminding yourself: “Okay, is she worth my time?”