Elite, SPEED, Real life is chaotic so it can be hard to learn from experience. I:PA*CE structures your experience, it gives you an extremely accurate framework in which to organize your experience, so you’re learning process is accelerated. 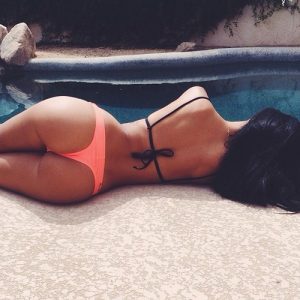 Awareness will help you understand a woman’s true nature; a woman’s ideal self.

When you start to understand women on that level, you intuitively are able to connect with them because you understand them.

That’s something I discovered when I made Pandora’s Box.

Just by understanding how women think better I’m able to connect with them much better without thinking about it. When we’re talking, I get it.

It’s the same way when I’m talking to a guy. I could meet a guy at a bar, I don’t know him. Maybe he’s sitting a couple stools away and we’re watching the game.

I can just strike up a conversation with the guy and be able to connect with him because we’re both men. I understand him because I’m a man.

Understanding the 3 dimensions of embrace; inspire, nurture, surrender, and having an appreciation for her time, which is the 4th dimension, will allow you to do this with women too.

That will give you a great framework so that when you’re texting a woman or you’re trying to set up a time to hangout or you’re following up with the number you’ve got, you’ll understand what’s going on.

You’re not just wandering around in the dark. You’ll know why she flaked on you a couple times or why she’s not responsive when you try to set up a date.

You’ll be able to navigate that stuff much easier.

Awareness is the conversational stuff you use with women.

You use I:PA*CE to demonstrate thrust, build awareness, and acquire control by triggering respect, safety and anticipation.

In other words talking about sex in a way that turns women on. That’s what ACT is.

You talk about your own sexuality – that’s thrust.

You talk about sex itself, the things you like to do.

All the while, you’re touching her, getting closer to her. Looking in her eyes, becoming more sexual with her which is the process of control.

I say control because as a woman, to her she feels like she’s giving up control. That’s what the sexual process is. That’s what escalation is for her.

Then you can use it to actually acquire control. She surrenders to you and then you take that and you give it back to her.

You can then magnify the sense of that control and create meaning for the act. Then you can take that control back and fuck her.

Now the meaning of the act is deeper and more powerful. When she gets fucked by you, your dick is not just a dick, It’s a symbol of that meaning.

And you’ll notice that women will have more orgasms with you because of the meaning of the sex that you’re having with them.

So it’s like a control spiral. You take control then you magnify it. then you give it back, magnify it, take it back and you’re in control of this powerful connection between the two of you..

What this means is that you also give it to her at times.

Maybe she ties you to the bedpost and teases you. If she goes down on you, she the one in control of you.

Those experiences are so thrilling, so exhilarating for the her and for you because it’s an exception. Because now she’s in control.

This little woman is in control of this big strong man. That’s a thrill for her.