Is She The Girl For You? 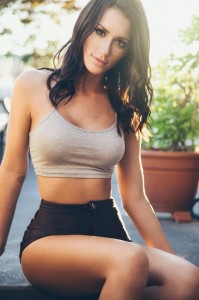 I’ve had women who we were basically fuck buddies, or casual sex friends. She could hang out, watch the game with me and my friends, have a beer, and then we wouldn’t do anything. Other times she would come over at two a.m. and we would have sex. It was very clear the kind of activities that we would do together. I would never take these girls to a museum, or go out to dinner with them or anything like that. It was basically a drink at a sports bar and have sex.

I’ve also had situations with girls that were crazy about me – very sexually attracted to me – and I was just not going to go there. They were pretty and attractive, but I decided that was not something we were going to do.

You have to think about what you really want in your relationship. And it varies from woman to woman because every connection is unique. Certain women draw out different sides of me. There are certain women that I even think of doing certain sexual positions with, whereas I wouldn’t with others.

There are certain women that have skills and talents and I want them to contribute to my life. If a woman is good at cooking — Great! She can cook with me. If a woman is great at dancing, I’ll go dancing with her.

For example, I had a girl teach me how to salsa dance. There are a lot of different things you can do with women – you just really have to be clear on what you want with the girl – and you have to do that in short order.

When you meet a woman, it’s really important that you get a sense of who she really is, and that you are honest with yourself about what you want to do with her. At that point, it’s just a matter of sticking to it. Don’t waver on that. Don’t let her use her manipulative tools to try to get you in a commitment or get you in a relationship that you don’t want. She’s going to try to get what she wants too, and you don’t want to go there. You want to be the one who has more self-control.

That’s not to say that all women are manipulative, or they all play games, but a lot do. Every woman is looking to have some kind of control or some means to get her way and get exactly what she wants, and guys submit to that way too easily.

I’d rather do anything other than that. Women often say they want you to meet their friends but oftentimes they just want to bring you around to see what their friends think of you. Maybe because they’re really starting to care about you and like you, and they want to make sure they’re not making a mistake.

This has happened to me so many times.I don’t want to sit there and have their little girlfriends ask me a bunch of personal questions about my life. This relationship is about me and her, not them. That’s something that I don’t want to do with a woman, so I’m not going to.

A lot of times, women will make ultimatums like if you don’t want to meet her friends that just tells her that you don’t care. That maybe you shouldn’t be seeing each other.

To that i’ll respond, “No, that’s not what it means. But whatever. If that’s your call, that’s your call. I’m not doing it. I don’t feel like hanging out with your friends.”

That ability to not give a shit, let go, and not care is really powerful. Possibly more powerful than anything else.

You want to make sure that she’s not forcing you to do things you don’t want to do. That means you’ve got to get clear on who you are – which means, in order for you to stick to who you are, you have to be willing to let go.

It can sound a little counterintuitive, but my overall point is to focus on yourself.

A lot of this comes across as trying to define her and alter her outlook or behaviour when really it’s about you.

It’s about you not being needy. Being able to let go. Being able to tell her if she wants to do something that you don’t feel like doing, she can go on her way and that’s fine with you.

That’s the most powerful, natural, organic way to shape women. What we’re really talking about is making sure that her place in your life doesn’t get overgrown and doesn’t turn into something that you don’t want.That’s really important, because it’s such a slippery slope.

A lot of women I’ve dated have had men propose to them and treat them like princesses. These are women who are used to being the hottest woman that the guy has ever met.

They’ll try to get more commitment than they deserve, and get me to be more serious than I am. They try to get me to do extra boyfriend/girlfriend kind of things too fast, and I really don’t feel like doing it. That’s not where I’m at with them, so I just don’t do it.

It’s always shocking to them at first, but I think they realized that they’re out of line and that they’re expecting something that they don’t really have any right to expect.

I also noticed that when I uphold my boundaries, the attraction goes up tenfold – and the dynamic always shifts. The relationship then becomes more about me and what I want, and the woman is constantly making sure that everything is okay, that she’s not pushing too hard which is a really nice change of I:PA*CE after all the years of frustrated dating I’ve experienced. To finally have a really beautiful woman consider me is really enjoyable. I want that for you.