Women, just like every other living being, are trying to survive. Women just have a different strategy than men. 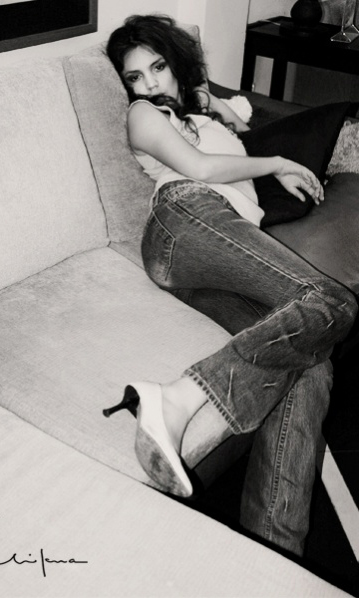 This is the source of the misunderstanding between men and women. Women have a different physical situation than we do. Their size, their strength, their emotional needs, and their sexual biology.

A woman’s best survival strategy is to ally or bond with a strong, successful, dominant male. A leader.

A leader needs a vision of a better life; a goal of success. The term “leader” lends this idea that there’s motion, there’s a movement towards something.

A leader needs a goal, otherwise you’re not leading anything. Being a leader in today’s society is very different from what it used to be. It’s not hard to get food or shelter; just get a job, go to the grocery store and you’ll be fine. But even though we don’t necessarily need to be strong and dominant men and be leaders to get through our lives, women are still wired to respond to those things.

It’s not necessary to be a leader to live, but it is necessary to meet attractive women because they are still wired as they were fifty thousand years ago, and as men, we are, too.

That’s why a lot of times you’ll feel this kind of existential angst that a lot of people talk about now. It’s because our society doesn’t have any outlet for us to express this need to be a dominant leader, to be successful, to push ourselves. If it did, then we could try to achieve things.

In this way, we’ve got guys who really don’t understand what it is to be a leader because they never had to. At the same time, they feel this void, wondering what the hell is the point of their lives? Why are they even here?

When you have a vision, that question doesn’t really come up. You don’t feel that existential angst.

You don’t see a woman with a nice figure and have to think about it, it just strikes you instantly. She’s wired in the same way, only she’s detecting different things because, remember, she has different survival needs, and she has a different strategy than you do.

She is wired to detect a man with a vision.

Now, what about the losers, and the drug dealers, the bums, the shitty poor guys who don’t have jobs, and the potheads who get the girls? I’ve seen a ton of these kinds of guys who have women in their lives and seem to be really attractive to them. You might look at these guys and think, well shit, you’ve got to be kidding–they don’t even have a job! You’re the one with the vision. Why don’t you have the girls?