It’s really attractive when picking up a woman for her to realize that you have other women you could be dating. That proves you. That makes you look like an attractive guy because other women like you. 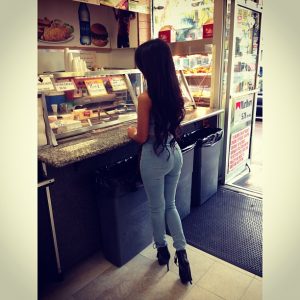 It’s very easy to talk about this. Just tell them you were hanging out with your friend Christine the other day and she made you dinner, then you guys played scrabble or something together and it was cute. If you say something like that to a girl that you just met, that instantly tells her this guy has women that not only like him, but they like him enough to make him dinner!

If you raise the quality of your sexual options, that will make you much more attractive.

I say, only approach women that you’re really attracted to. I know it can be hard to work your way up to this. The most fundamental, concrete way to do that is to go ahead and use the one through ten scale.  I’m not a big fan, but guys like to use it. And it makes sense on some level.

For example, you’re dating a seven, and all you can get is sevens, which leaves you frustrated because you can’t meet nines and tens.  Just date enough sevens so that sevens aren’t a big deal, and then step it up. That’s it. That’s just the natural way that it works.

What’s really going to help you is meeting enough women so that the quality of women is no longer a big deal, and you just naturally move up.

Lastly, don’t wait until you have everything figured out in order to meet women. Just keep improving your life. Don’t stop.

When you have your life together, why wouldn’t she like you?

Laying a solid foundation for vision allows everything else to naturally come out. It’s really hard to flip the script and write a new script if you don’t feel like the prize.