Creates new beliefs and cognitive and behavioral habits simultaneously – no lag, no incongruence leading to negative feedback. * if backed up -10

– my challenge – new techs without beliefs, then beliefs, with old player habits 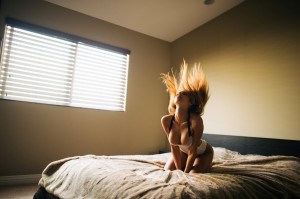 I:PA*CE isn’t just vague advice on confidence. I:PA*CE is how to be confident.

Thinking of I:PA*CE will naturally make you confident.

It creates new beliefs and thought patterns simultaneously so there’s no lag or incongruence leading to negative feedback.

The problem with this is there’s a lag between your external behavior and the actual beliefs you have.

Beliefs are like the lens you see through. Your beliefs define your experience.

Now if you were to rephrase the advice to, “be confident with girls”, you would approach a woman in a way that you think is confident.

Maybe you saw a guy in a movie that you thought was confident and you try to emulate him. But you don’t have the beliefs that form the basis of confidence.

The belief that you’re good enough. That you can handle whatever life throws at you. That people like you. That you’re smart, you’re healthy, you’re able to do what needs to be done.

Gene Simmons talked about this. About how he was always really good with women because he always kinda felt like he was extremely good-looking.

It probably also helped that he was a rockstar, but he had that belief deep down that he was better looking than other guys.

What happens a lot of the time is that there is a lag. What I’ve found personally is that if I start to change one of my beliefs by doing a lot of empowering self talk, the belief will start to change.