Screening for a Partner 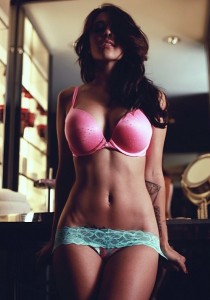 Someone who’s not super obsessed with her own achievements; her story. Very down-to-earth. Then you start screening for that kind of person. The first screen is just “Does she turn you on?” That’s number one.

And you can see that visually; you can tell just from looking at her. And so within the range of women that turn you on, approach them and see if you can just have fun with them. See if they can joke around with you. See if they have similar senses of humor. If you’re thinking about a long-term partner, what your focus should be is to act how you would act after you already got to know her pretty well.

Act how you would act like you’re already close friends. That’s really what I do. I’ve described how I deal with women in different ways, but the way I’m really acting, if you look at it, is I’m just acting as if I’ve known her for a long time.

When you’re with a good friend or someone you know and you feel comfortable with, you’re just not thinking all that much. You’re kind of just saying the first thing that enters your mind. You’re also concerned about their wellbeing and learning about them.

If you haven’t seen them in a while, asking how they’ve been. A lot times, when I first meet a woman, I’ll ask her “What are you up to?” Or “How’s your day going?”

Something really boring but the tonality I have is expressing a message showing that I actually care. Almost like I’ve known her for a long time already and we’re catching up again.

Part of that comes from having met so many women and having thought about what makes women tick so much. There is a level of familiarity I have already, almost like a spiritual familiarity; like we’re made for each other.

I’m a man and you’re a women so that in a sense means that we’re already friends, or could be. The way we’re made is like we’re compatible already.